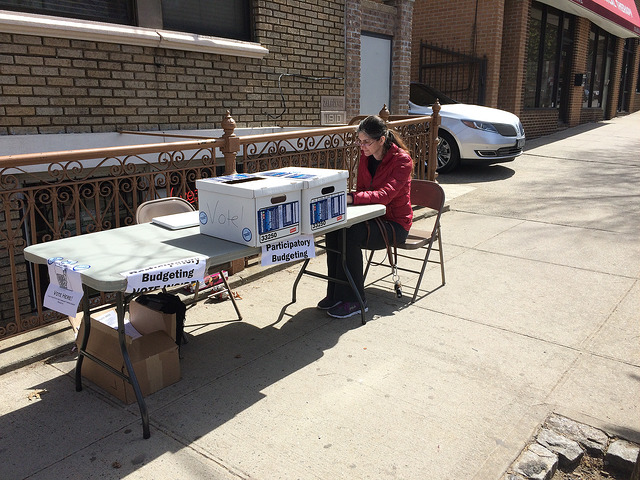 Techniques for mobilizing citizens to vote in elections have become highly sophisticated in large part thanks to get-out-the-vote (GOTV) research, with fascinating experimental evidence from interventions to increase turnout. Until recently, the use of these techniques has been mostly limited to electoral processes, often resorting to resource intensive tactics such as door-to-door canvassing and telemarketing campaigns. But as digital technologies such as email and SMS lower the costs for targeting and contacting individuals, the adaptation of these practices to participatory processes is becoming increasingly common. This leads to the question: how effective are GOTV-type efforts when using technology outside of the electoral realm?

One of the first (if not the first) efforts to bring together technology and GOTV techniques to non-electoral processes took place in the participatory budgeting (PB) process of the municipality of Ipatinga in Brazil in 2005. An automated system of targeted phone calls to landlines was deployed, with a recorded voice message from the mayor informing residents of the time and the location of the next PB meeting closest to them. Fast forward over a decade later, and New Yorkers can receive personalized text messages on their phones indicating the nearest PB polling location. Rather than a mere coincidence, the New York case illustrates a growing trend in participatory initiatives that – consciously or not – combine technology with traditional GOTV techniques to mobilize participation.

However, and unlike GOTV in elections, little is known about the effects of these efforts in participatory processes, the reasons for which I briefly speculated about in a previous post. We have just published a study in the British Journal of Political Science that, we hope, starts to reduce this gap between practice and knowledge. Entitled “A Get-Out-the-Vote Experiment on the World’s Largest Participatory Budgeting Vote in Brazil”, the study is co-authored by Jonathan Mellon, Fredrik M. Sjoberg and myself. The experiment was conducted in close collaboration with Rio Grande do Sul’s State Government (Brazil), which holds the world’s largest participatory budgeting process.

In the experiment, over 43,000 citizens were randomly assigned to receive email and text messages encouraging them to take part in the PB voting process. We used voting records to assess the impact of these messages on turnout and support for public investments. The turnout effect we document in the study is substantially larger than what has been found in most previous GOTV studies, and particularly those focusing on the effect of technologies like email and SMS. The increase in participation, however, did not alter which projects were selected through the PB vote: voters in the control and treatment groups shared the same preferences. In the study, we also assessed whether different message framing (e.g. intrinsic versus extrinsic) mattered. Not that much, we found, and a lottery incentive treatment had the opposite effect to what many might expect. Overall, our experiment suggests that tech-enabled GOTV approaches in participatory processes are rather promising if increasing levels of participation is one of the goals. But the “more research is needed” disclaimer, as usual, applies.

You can find the final study (gated version) here, and the pre-published (open) version here.