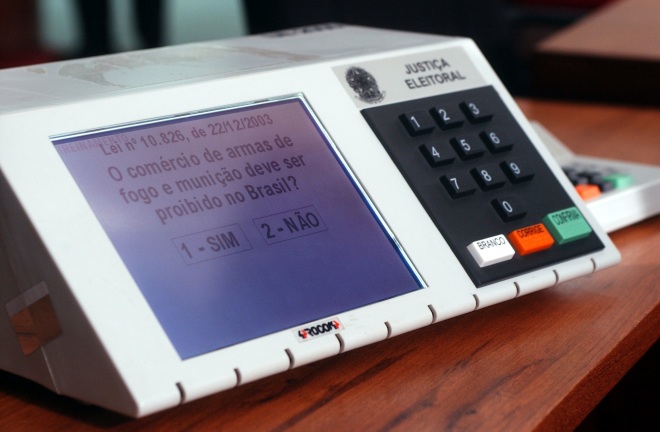 A major argument for democratic governance is that more citizen participation leads to better outcomes through an improved alignment between citizens’ preferences and policies. But how does that play out in practice? Looking at the effects of the introduction of electronic voting (EV) in Brazil, a paper by Thomas Fujiwara (Princeton) sheds light on this question. Entitled “Voting Technology, Political Responsiveness, and Infant Health: Evidence from Brazil” (2013), it is one of the best papers I’ve read when it comes to bringing together the issues of technology, participation and development outcomes.

Below is an extract from the paper:

This paper provides evidence on how improving political participation can lead to better service outcomes. It estimates the effects of an electronic voting, or EV, technology in reducing a mundane, but nonetheless important, obstacle to political participation: difficulty in operating ballots. The results indicate that EV caused a large de facto enfranchisement of less educated voters, which lead to the election of more left-wing state legislators, increased public health care spending, utilization (prenatal visits), and infant health (birth weight).

While filling out a ballot may be a trivial task to educated citizens in developed countries, the same is not true in Brazil, where 23% of adults are “unable to read or write a simple note” and 42% did not complete the 4th grade. Moreover, before 1994 Brazilian paper ballots required voters to write a candidate’s name or electoral number and involved only written instructions. This resulted in a substantial quantity of error-ridden and blank ballots being cast, generating a large number of residual votes (not assigned to a candidate and discarded from the tallying of results).

In the mid-1990’s, the Brazilian government developed an EV technology as a substitute for paper ballots. While its introduction aimed at reducing the time and costs of voting counting, other features of the technology, such as the use of candidates’ photographs as visual aids, the use of “error” messages for voters about to cast residual votes, and guiding the voting process step by step, facilitated voting and reduced errors.

(…) Estimates indicate that EV reduced residual voting in state legislature elections by a magnitude larger than 10% of total turnout. Such effect implies that millions of citizens who would have their votes go uncounted when using a paper ballot were de facto enfranchised. Consistent with the hypothesis that these voters were more likely to be less educated, the effects are larger in municipalities with higher illiteracy rates. Moreover, EV raises the vote shares of left-wing parties.

The paper will go on to argue that this enfranchisement of the less educated citizenry did indeed affect public policy. (…) I focus on  state government spending, in particular on an area that disproportionately affects the less educated: health care. Poorer Brazilians rely mostly on a public-funded system for health care services, which richer voters are substantially more likely to use the co-existing private services. The less educated have thus relatively stronger preferences for increased public health care provision, and political economy models predict that increasing their participation leads to higher public spending in this area.

Using data from birth records, I also find that EV raised the number of prenatal visits by women to health professionals and lowered the prevalence of low-weight births (below 2500g), and indicator of newborn health. Moreover, these results hold only for less educated mothers, and I find no effects for the more educated, supporting the interpretation that EV lead to benefits specifically targeted at poorer populations.

Fujiwara’s findings are great for a number of reasons, some of which I highlight below:

All of these points, added to the methodological approach adopted by Fujiwara, are good reasons to read the paper. You can find it here [PDF].

2 thoughts on “A Brilliant Story of Participation, Technology and Development Outcomes”