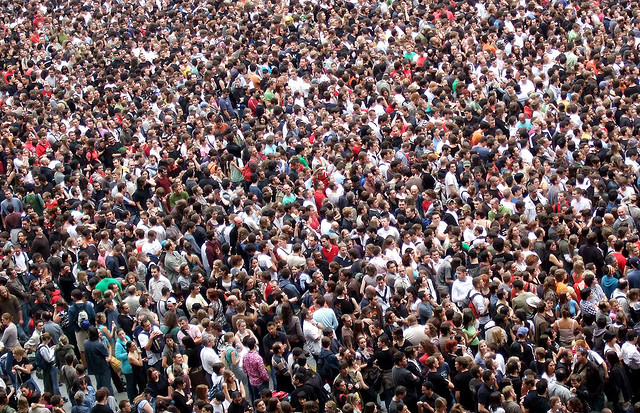 Today saw the beginning of the biennial conference on Internet, Politics and Policy, convened by the Oxford Internet Institute (University of Oxford) and OII-edited academic journal Policy and Internet. This year’s conference theme is Crowdsourcing for Politics and Policy. Skimming over some papers and abstracts,  here are some of my first (and rather superficial) impressions:

With regard to the last point above, it appears that there is a bridge yet to be built between the community of researchers represented by those attending this conference and the emerging community from the tech4accountability space. There’s lots of potential gain for both sides in engaging in a dialogue and, as importantly, a common language. The “Internet & Politics” community would benefit from the tech4accountability’s focus – although sometimes fuzzy – on development outcomes and experiences that emerge from the “South”. Conversely, the tech4accountability community would benefit a great deal by connecting with the existing (and clearly more mature) knowledge when it comes to the intersection of ICT, politics and citizen engagement.

Needless to say, all of the above are initial impressions and broad generalizations, and as such, may be unfair. The OII biennial conference remains, without a doubt, one of the major conferences in its field. You can view the full program of the conference here. I have also listed below in a simplified manner the links to the available papers of the conference according to their respective tracks.

Track A: Harnessing the Crowd

A Case Study in Modelling Government-Citizen Interaction in Facebook

Mapping the common based peer production: A crowd-sourcing experiment

A Crowdsourcing Approach to Identify Common Method Bias and Self-Representation

Monopsony and the Crowd: Labor for Lemons?

The Neo-Humanitarians: Assessing the Credibility of Organized Volunteer Crisis Mappers

Let The Users Be The Filter? Crowdsourced Filtering To Avoid Online Intermediary Liability

Population as Auditor of an Election Process in Honduras: VotoSocial

Vertical crowdsourcing: The discourses of activity and the governance of crowds in emergency situations

What does crowdsourcing legislation entail for the participants? The Finnish case of Avoin Ministeriö

Let the crowd decide? Crowdsourcing ideas as an emerging form of multistakeholder participation

Civic crowdfunding as a marketplace for participation in urban development

Crowdsourcing and Crowdfunding Mechanisms for Scientific Research Funding Agencies – A Preliminary Entity Categorisation Matrix
Citizen science and Crowd science in biodiversity research
Is Crowdsourcing a Model for Cultural Institutions? The Case of a Polish GLAM Project

Impact of digital social networks on health and health systems

The Logic of Communitive Action: A Case Study of Taiwan’s Sunflower Movement