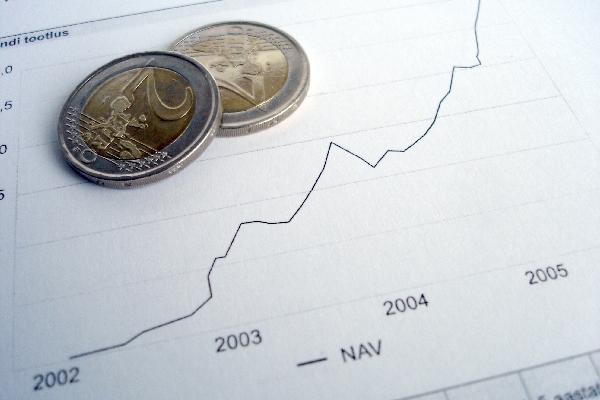 As citizen engagement gains traction in the development agenda, identifying the extent to which it produces tangible results is essential. Participatory budgeting, a process in which citizens decide upon and monitor budget allocation, offers promising results, including increased local government revenues and reduced infant mortality.

Promoting citizen engagement in the development community: a quest for evidence

In recent years there has been a growing interest in citizen engagement as a means to promote better development outcomes. The Open Government Partnership (OGP), for instance, is a multilateral platform where governments from 66 countries commit, among other things, to promote governments that are more open, participatory and accountable to their citizens. Similarly, Making all Voices Count is an international initiative supported by private donors and development agencies that provides funding to projects that promote “citizen engagement and open, responsive government.”

The rationale behind this renewed enthusiasm for civic engagement is seemingly simple: citizens know best what their needs are and how to address them. Or, as spelled out in the OGP declaration, public engagement “increases the effectiveness of governments, which benefit from people’s knowledge, ideas and ability to provide oversight.” Yet, the evidence on the benefits of citizen engagement often seems fuzzy, scattered and – sometimes – contradictory. However, a clearer picture emerges when we examine some particular practices that fall under the general “citizen engagement” umbrella, of which participatory budgeting is one. Originating from the Brazilian city of Porto Alegre in 1989, participatory budgeting (PB) can be broadly defined as the participation of citizens in the decision-making process of budget allocation and in the monitoring of public spending. Experts estimate that up to 2,500 local governments around the world have implemented PB, from major cities such as New York, Paris, Seville, and Lima, to small and medium cities in countries as diverse as Poland, South-Korea, India, Bangladesh, and the Democratic Republic of Congo.

Over the years, PB has attracted significant attention from scholars and development professionals. As it reaches over a quarter-century of existence, it is generating a substantial amount of evidence of the benefits of involving citizens in budgeting decisions. Here, we briefly examine some of this evidence.

At the beginning of the 2000s, researchers studying participatory budgeting began to see an unexpected result, with some municipalities reporting substantive increases in their tax revenues. In 2004, for instance, a comparative study [PDF] of 25 municipalities in Latin America and Europe found a significant reduction in levels of tax delinquency after the adoption of participatory budgeting. But, in reality, how surprising were these findings?

Mostly unknown even among seasoned public engagement advocates, a growing body of evidence in the field of “tax morale” suggests a relationship between citizen participation and tax compliance. The argument, in an oversimplified manner, is as follows: citizens are more willing to pay taxes when they perceive that their preferences are properly taken into account by public institutions. This argument finds ever-growing empirical support. For instance, a number of studies in Switzerland – notably those by the economists Bruno Frey and Benno Torgler – show that Swiss cantons with higher levels of democratic participation present lower tax evasion rates, even when controlling for other factors. Suggesting that this is not simply a Swiss exception, a cross-national study by Friedrich Schneider and Désirée Teobaldelli found that “the effect of direct democratic institutions on the shadow economy is negative and quantitatively important.” These observational findings are increasingly supported by a growing number of controlled experiments across a variety of cultural settings. At odds with conventional economic reasoning, some evidence in the field of “tax morale” suggests that participation may be even more effective at curbing tax evasion than traditional and commonly adopted deterrence measures, such as fines and controls.

In the specific case of participatory budgeting, more robust data is also emerging. For example, a recent working paper by the Inter-American Development Bank presents similar effects of participatory budgeting on revenues in a randomized controlled trial in Russia. As noted by the authors, Diether Beuermann and Maria Amelina, these results are by no means negligible:

So participatory budgeting is good for tax revenues, but how good is it for citizens themselves?

The available evidence suggests that participatory budgeting leads to significant shifts in priorities and policies, towards expenditures that directly benefit the poor. A 2008 World Bank report demonstrated that participatory budgeting has a statistically significant impact on a number of social indicators. Among others, the report highlights that PB is positively and strongly associated with improvements in poverty rates and access to water services.

Despite producing evidence of its effectiveness on a number of fronts over the years, only 25 years after its initial implementation in Brazil do we start to see systematic evidence of sound development outcomes. This is mainly due to two recently released, major studies of participatory budgeting in Brazil. The first, published by Sonia Gonçalves in World Development, finds that municipalities that adopted participatory budgeting in Brazil “favoured an allocation of public expenditures that closely matched the popular preferences and channeled a larger fraction of their total budget to key investments in sanitation and health services.” As a consequence, the author also finds that this change in the allocation of public expenditures “is associated with a pronounced reduction in the infant mortality rates for municipalities which adopted participatory budgeting.” Barely a year later, a study by Michael Touchton and Brian Wampler in Comparative Political Studies generated similar findings, demonstrating that the adoption of participatory budgeting in Brazil is strongly associated with increases in health care spending and decreases in infant mortality rates.

These studies also highlight another important takeaway for those working with development and public sector reform: the need to consider the fact that participatory institutions may take time to produce noticeable effects. As shown by Touchton and Wampler, for instance, the effects of PB adoption become significantly more visible after the fourth year of implementation.

As citizen engagement draws increasing interest in the development agenda, staying focused on which types of processes work and which do not will become particularly relevant. Participatory budgeting offers some promising evidence for policy reformers who want to see tangible impact on the ground, but it might take more than enthusiasm to get there. Determination, and a certain amount of patience, remain essential ingredients when it comes to delivering results.